Goodwill is one of the world’s biggest nonprofits. They say they train people all over the world to find jobs, but that still doesn’t tell us: Does Goodwill hire felons?

At Successful Release, we get in direct contact with companies to ask them if they hire former felons. We learn as much as we can to tip the odds in your favor on the job hunt!

Applying for jobs as a felon can seem hopeless. If nobody will give you a chance to work, how are you supposed to build yourself back up? We at Successful Release understand this and that’s why we work hard to do research which helps those with records get hired. We even have people with records on our staff, so we follow through on our mission.

If you want to get a job at Goodwill with a felony, you’ve come to the right place. Goodwill is a gigantic non-profit with several locations in every state. If that sounds confusing, don’t worry — we’ve done the hard part. Keep reading and we’ll see how to get hired at Goodwill.

“We believe that anyone who wants to go to work deserves a second chance. We understand the challenges people with criminal backgrounds face as they re-enter the community and offer services for men, women and young adults who are committed to getting their lives back on track.”

That sounds right up our alley! We didn’t just stop there, though. We looked into the kinds of jobs they had available and researched a recommended approach on how to get hired.

Has Goodwill hired felons in the past?

Some companies might say they are open to hiring people with records, but don’t follow through. Luckily, Goodwill is not that kind of company. Does Goodwill hire felons? We found many accounts online of people being hired there with felony convictions.

Does Goodwill hire people with misdemeanors?

We were not able to find a specific example of someone with a misdemeanor having been hired here. However, since they hire former felons, it’s more than likely that people with less serious records get hired too.

Goodwill is actually made of a lot of different sub-corporations, so it isn’t realistic to think that the company as a whole will join either of these programs.

However, we found proof of a Goodwill branch joining The Fair Chance Business Pledge, so it’s possible that the Goodwill locations in your state could be a part of either of these programs.

Either way, we know Goodwill tries to help people who want to work!

Does Goodwill have special programs for hiring felons?

On top of their pledge to hire people despite their records, they also have pre-release services that help people who haven’t been released yet develop job skills and gain the needed documents to start job hunting!

We at Successful Release rank your odds of getting hired at Goodwill with a felony as high.

To start, Goodwill has a statement on their website specifically stating that they will give a chance to anyone who wants to work. We also found accounts online of people having gotten hired at Goodwill with a variety of different felonies. To cap it all off, Goodwill even has special programs for hiring felons!

Retail Associate: A cashier or clerk in a Goodwill store. Doesn’t require a degree or prior work experience. If you have the ability to do basic math and can meet Goodwill’s standard of a “positive public image”, you will have a chance of getting hired in this role.

General Laborer: In this role, you may be doing packing, housekeeping, assembly or sorting. It depends on your experience and where you get assigned. You need at least a GED and the ability to read complex instructions. Having prior factory or warehouse experience will set you apart!

Donated Goods Processor: For this job, you’ll sort donated items and organize them according to their sizes and styles. Goodwill says all you need is “some mathematical ability” to do the job. With that, it’s possible to get hired in this role, even without a GED! You just need to present a good public image to have a good shot at this job.

How to get hired at Goodwill with a felony

All this info is great, but if you want to get hired, you’re going to need a game plan. Here is our recommended approach for getting hired at Goodwill.

If you’re starting from square one and are looking into the positions that require basic math, start by brushing up on your skills. You should make an effort to learn to count change.

The same goes with writing. If it’s been a while since you’ve written anything by hand, you’ll want to write yourself some notes to get back in the habit.

If you’re looking into a general laborer position, you’re going to want to show that you have basic computer skills. Being able to talk about technical factory or warehouse terms will show you’re knowledgeable and a good fit for the job, so try and do research about the position you’re applying for.

Once you’ve got a feel for the position and have reviewed your skills, you’re ready to write your resume.

Check out our guide here for some tailored tips for people with records!

Goodwill talks about presenting a good public image. A lot of families shop at Goodwill thrift stores, so make sure you show up to an interview in appropriate clothing. This doesn’t mean you need to dress up. Intact Jeans and a shirt that doesn’t have any inappropriate language or imagery should be fine.

Goodwill hires people from all kinds of backgrounds, so don’t feel like the interview is a test. As long as you are respectful and talk honestly about your background, the interview should go well.

It’s up to you if you want to disclose your felony during the interview. Chances are the person interviewing you might have a record too! This is one company where you shouldn’t feel the need to hide anything.

Talk about what you’ve learned about Goodwill. If you want to set yourself apart, read more about Goodwill’s mission. Showing up to any job knowing facts about the company will impress. Enthusiasm goes a long way! They are supposed to train people of all skill levels, so show them that you are very eager to learn and work.

Does Goodwill do background checks?

Many sources show that Goodwill does go background checks.

For some states, seven years is the farthest a background check can go back. If your felony happened seven years ago or more, it may not be a problem for you in these states:

If you live in the following states, however, we have bad news. These states make your entire record visible to background checks. Guilty convictions, not-guilty — everything will be on the table. You may run into bigger challenges when applying here:

Goodwill has a rating of 2.9 rating out of 5 on Glassdoor, with only 40% recommended working there or approving of the CEO. This is slightly below average.

Employees enjoyed being a part of Goodwill’s mission and also said they have great benefits, including PTO!

What they didn’t like was the pay. Goodwill is a non-profit, so it is definitely not the place to go for giant paychecks.

Since certain Goodwill positions might have employees in close proximity to women and children, there are certain convictions that will have a very hard time getting hired.

If you have any kind of convictions involving children, you will have a hard time getting hired.

Since some positions involve handling money or valuable clothing, theft or fraud charges might be looked down upon too.

Online sources have shown us that Goodwill does drug test before hiring employees. They also give drug tests for workplace injuries.

Were you able to get a job at Goodwill with a felony? Share your tips for getting hired below! 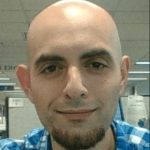