There’s something about working in a fast-paced restaurant. If the long shifts don’t bother you, you’ll be interested to know what we found out when we asked them directly, does Perkins hire felons?

There are restaurants in every town and city, so the opportunity to work for one is literally just around the corner! So, let’s look to see if you can get a job at Perkins with a felony.

We will also cover some facts about their hiring process, like:

Who are we? At Successful Release, we’re all about helping you have the best life possible after your release from prison. We know that finding a job with a felony can be tough. At times, it can seem nearly impossible, but it’s not! There are companies out there who are willing to hire felons. Our goal is to help you figure out where you’re most likely to find a job.

With that in mind, let’s see if Perkins will hire former felons.

We reached out to Perkins to find out their official hiring policy on former felons. Here’s what the company’s response was:

“Our Perkins, both corporate- and franchise-owned, are responsible for hiring their own employees at each location.”

Each owner makes his or her own choice in hiring. This means you could get a job with Perkins with a felony.

Has Perkins hired felons in the past?

While Perkins did not confirm if they’ve previously hired felons, we have reports from other sources that they have.

Does Perkins hire people with misdemeanors?

It is possible that you have a minor offense on your record. If that’s the case, since we know they’ve hired felons in the past, you will likely get hired here with only a misdemeanor.

Are there people out there making sure former felons are treated fairly when applying for jobs? Absolutely! There is a movement sweeping America that seeks to ensure everyone gets a fair chance at employment.

The Ban the Box movement is working to remove questions about felony convictions from application forms. Some companies even pledged to consider applicants based on their qualifications, not their conviction records. These businesses have signed the Fair Chance Business Pledge.

Is Perkins on the list of companies supporting these initiatives? No, but don’t let that stop you as they’ve hired felons in the past.

Does Perkins have special programs for hiring felons?

There is no indication that such a program exists at either the corporate- or franchise-owned locations. While there may not be a special program in place, that doesn’t mean Perkins won’t consider hiring former felons or those with misdemeanor convictions.

What are the odds that someone with a felony will get hired?

The information tells us you have an average chance of getting hired at Perkins with a felony. Their statement does not indicate that they go out of their way to ban hiring felons. However, you’ll still need the right skills for the job.

We’ll show you how to get hired at Perkins in the following sections.

What are some of the entry-level jobs at Perkins?

New hires at Perkins can perform a number of duties:

These positions require good people skills, basic math skills and the ability to lift and carry heavy things. Perkins offers on-the-job training — a great chance to earn while you learn.

Hostesses, servers and cashiers must be friendly and willing to do what it takes to make a guest’s visit perfect. Bussers, dishwashers and prep workers are the behind-the-scenes workers who make everyone’s job easier.

If you’ve ever been to a Perkins, you know what some of the jobs are like.

How to get hired at Perkins with a felony

So, how does Perkins hire felons? Managers will look at your background and your skills.

Here are some ways to get a job at Perkins with a felony:

Does Perkins do background checks?

Because restaurants handle large sums of cash every day, it is likely they complete background checks. Don’t be frightened by this; it is very common in the industry.

Different states have different standards when it comes to background checks. Some states only reveal information for the past six years, while others will show your entire record. The lists below will help you know what employers will see when they check on your background.

These states don’t include offenses which are over seven years old in their background check results:

There are also some states which don’t consider court cases were you were found not guilty. Here are the states which are currently on this list:

There are still some states that bring up your entire record when conducting background checks. If you live in one of these states, your potential employer will be able to view any legal issues in your past:

The restaurant industry is tough. It is hard, physical work and customers are often very frustrating to deal with. This can lead to negative reviews of the working environment.

Ratings from current and former employees average 3.2 out of 5. More than half of the employees would recommend the job to a friend. But, as always, there were past employees who would never work there again.

This kind of job is really what you make of it.

Given the family-friendly environment and amount of cash handling at a restaurant, there are several felonies that could prevent you from being hired:

The website and application do not indicate whether or not Perkins does drug testing. However, you should always be prepared for the possibility. If you struggle with addiction, please take steps to keep yourself sober.

This wraps up our review of how to get a job at Perkins. Do you have any questions we didn’t address?

Have you worked for Perkins with a felony? What other advice could you offer?

Good luck in your job search! 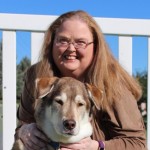 Dawn Wooten is an experienced writer and university professor of English. She writes extensively on education, business, and technology. As a teacher in community colleges, I have worked with many recently released felons as they try to integrate back into society. I also spent a year working with a non-profit that aims to help prisoners in Nigeria train for marketable jobs after their release. She serves weekly at her church and has been married 21 years to her husband Wyatt.